Graphics processing units (GPUs) have become very famous or important in recent times within gamers that no matter you are a casual gamer or professional, you are already owning a GPU.

But what if you face gpu sagging? well, it can be quite frustrating which can affect even brand new cards.

What is GPU sagging?

The word “Sagging” itself explains what GPU sagging can be, in general, sagging means becoming getting deformed or declining.

In this article, I will be clearing your hesitation regarding whether you should be worried about GPU sag or not and how to fix it.

GPU Sagg:  Should you worry about it or not? Is GPU sag Bad? 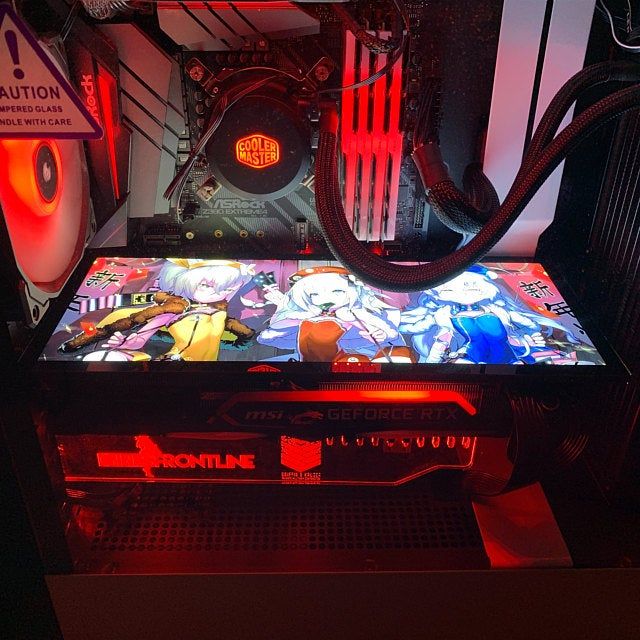 Should you really worry about GPU sag? Is GPU sag bad? well, the answer is no, till it crosses the extreme level because a slight bend on the graphics card won’t affect the GPU performance or lifespan of your GPU card won’t stop working suddenly just because of a little bit of sagging but you’ll have to start worrying if GPU sags far enough then it will not be good for the GPU, it can distort the PCB and potentially displace the cooler, which would result in higher temperatures and might possibly damage the GPU itself.

A little bit of GPU sag has become quite a common harmless disorder nowadays since when GPUs start getting bigger and heavier, even GPU manufacturers themselves came up with several solutions like backplates that prevent the PCB from bending.

How to Fix GPU Sag

There are plenty of solutions to get rid of GPU sag, no matter the GPU sag is at the initial stage or at an extreme level. Mainly you have to find out any ways that will hold the Graphics card with any type of support so it can be prevented from sagging. Some of the solutions are given below:-

1. By using a pen or other long object

The quickest way to get rid of GPU  sag is to by giving some strength to the hanging graphics card by using a pencil or pen which will give a little extra upwards force. This method is free of cost but you might fail to get a pen/pencil off the proper height and you can also damage any of the parts accidentally.

By using a Lego

You can use Lego or any other building blocks to support your graphics card by building a tower-type thing. It is much better than using a pen or pencil as here you can control the height accordingly.

You can use PCI cables over the GPU by making sure there’s enough tension to lift the card, But this solution is very unsafe and not that cost-efficient as you can also end up breaking the cable or damaging the GPU if not done correctly.

By using string or a wire 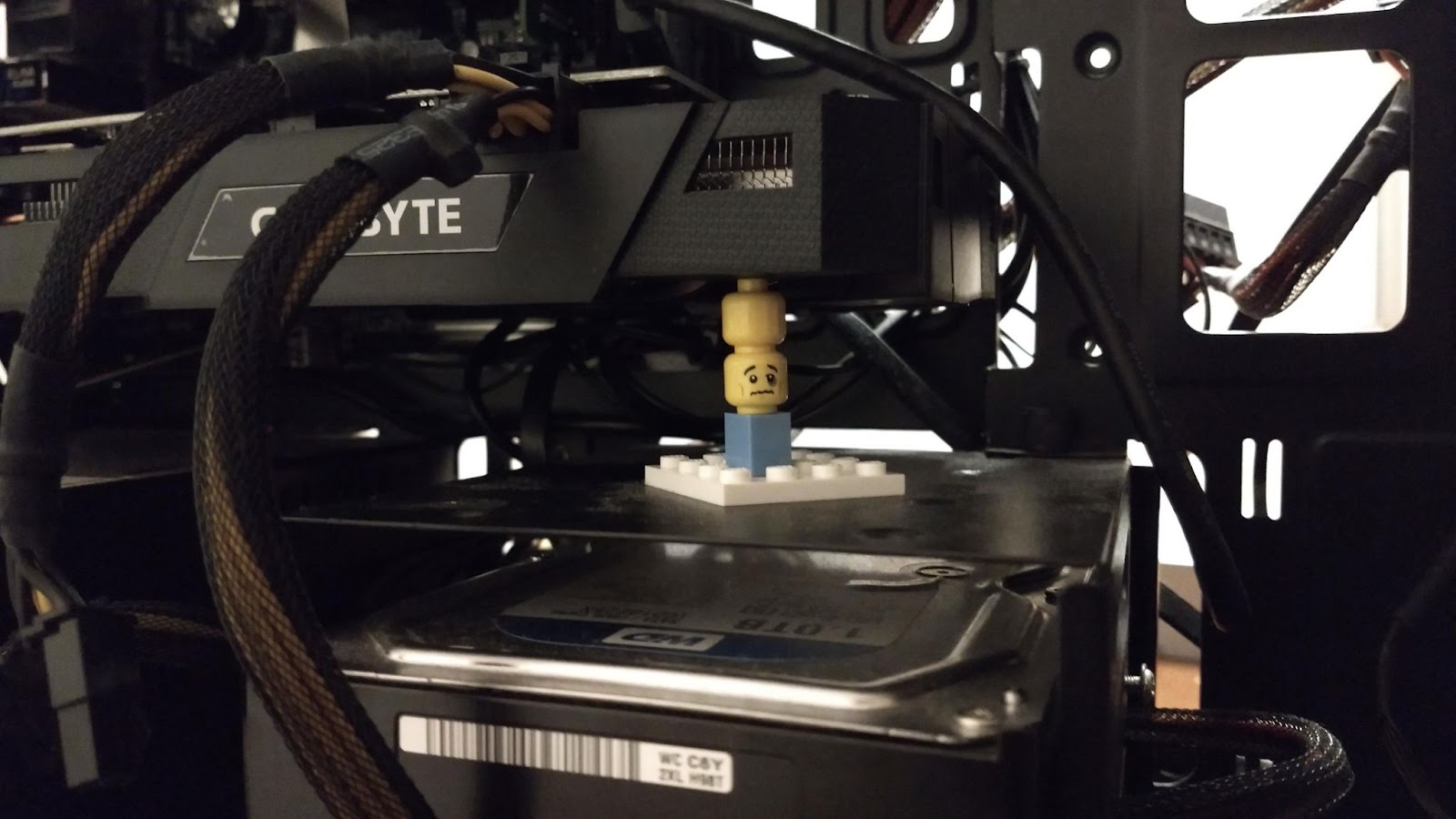 You can pull up your sagging graphics cards by tying the GPU to the top of the case via strong strings (make sure that the string gets enough tension it requires to hold up the GPU card) and different kinds of wires. The fishing wire would be the best option as it is made up of strong and translucent material.

If you want a little bit expensive solution, you can buy a case that comes with an extra PCI bracket, which has support arms that are attached to the PCI slots below the GPU that will physically support it from underneath then the risk of the card bending will be eliminated, just make sure you don’t overload the bracket, then it may begin to flex.

Although for maximum effect you can use the PCI bracket and the PCI cable together.

I have already mentioned earlier in this article that even GPU manufacturers themselves came up with several solutions like backplates that prevent the PCB from bending, so this would be one of the best ways to prevent GPU sagging at an affordable price, so you can surely go for it.

After going through several solutions to get rid of GPU sag, we come through the best and reliable option among all and that is braces. We know that dentists prescribe braces for teeth that keep the teeth in shape. Similarly, braces are recommended by a computer  technician or an expert.

Braces support your cards from sagging and weighing on the motherboard.

So in this article, we have discussed several numbers of ways to get rid of GPU sagging, some are expensive and some are not expensive, but among them, all choose whichever you feel comfortable with, but make sure you don’t mess up with components just to get rid of graphics card sag because that may harm you more than GPU sag will ever do.

Related:- How to use MSI Afterburner: A COmplete guide